Quality Service Since 1978
WE ARE OPEN

How White Roofs Can Help Keep Your Home Cool

Just like wearing lighter colored clothing, a lighter colored shingle can reduce roof temperatures by 50 degrees or more. There are several options to consider when replacing your roof or completing roofing repairs that will help keep your home cool, many of which are cost effective and will save you additional money in the long run. An added benefit is that white or light colored roofs benefit the environment as well.

Black surfaces or other dark colored areas within cities contribute to what is known as the Urban Heat Island Effect. This takes place when many dark surfaces in a city absorb sunlight, raising the ambient temperature surrounding the city. Roofs, roads and other things that are typically a darker color will absorb more heat from the sun. This is why white roofs, especially in greater numbers, can contribute to and help lower the overall temperature of an area. The world is getting hotter, and in a typical city the temperature can be as much as 22 degrees hotter on a clear night than the suburbs due to the Urban Heat Island Effect This is partially why having a white roof can contribute to more comfortable temperatures for everyone. 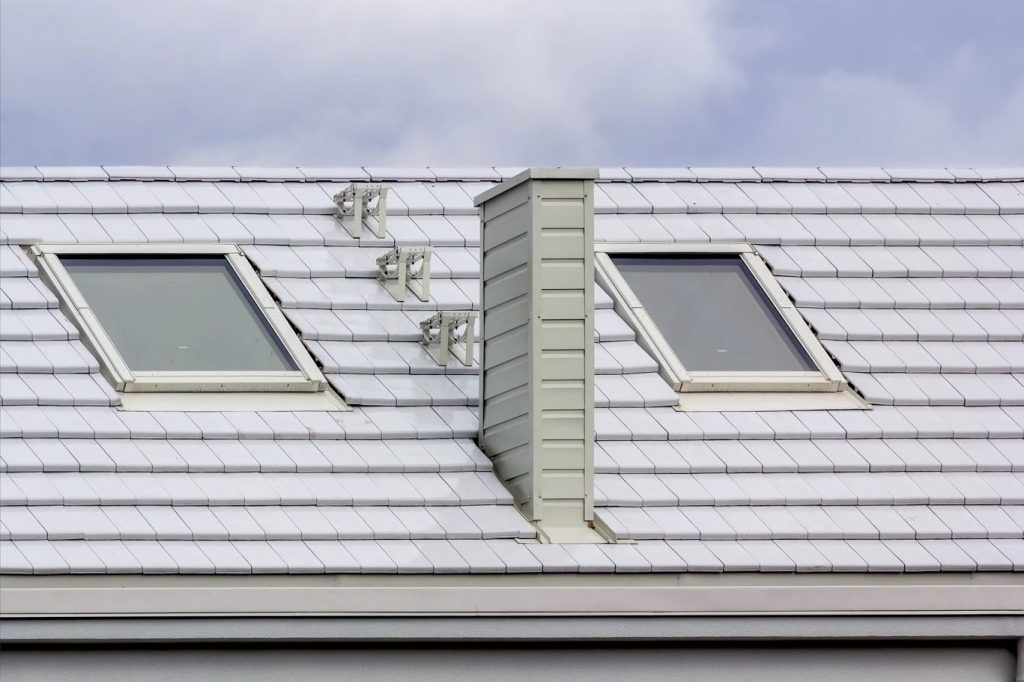 Other Key Benefits of a White Roof

One of the worst things about the Urban Heat Island Effect is the increased energy consumption that cities have on the power grid as people use their air conditioners for longer periods of time when it’s hot outside. With a white roof and the drastically lower temperatures they promote, homeowners don’t need to run their air conditioners nearly as long, and it takes less time and energy to maintain a cool and comfortable environment inside. This also means that there is less stress on the power grid which results is less pollution in the form of carbon dioxide, sulfur dioxide and nitrous dioxide. In turn, better air quality as a result of less pollution reduces health risks such as asthma.

White roofs keep buildings cooler than they would otherwise be, which also helps lower the likelihood of hot spots in cities. These are areas where a particularly high number of lower reflecting materials are found in combination with buildings that consume more energy.

White roofs can also extend the lifespan of service for roofs, and roofing contractors will tell you that it is a good practice to employ a white roof for all of the reasons mentioned in this article thus far. However, homeowners should remember that in order to take full advantage of the benefits that a white roof brings, they will need to ensure that they keep the white roof clean and clear of debris in order to take full advantage of its reflective properties.

White roofs prevent warping and cracking that is more commonly found with darker roofs that absorb more heat from the sun. This means that roofs need to be replaced less often, reducing the waste of old roofs that end up in landfills.

There are many things that homeowners can do to lower their energy costs, improve the look of their home and also ensure that the home is well taken care of with the best means available today. Here are some other interesting facts about white roofs, energy, and the environment that homeowners will likely enjoy knowing:

As the world energy requirements continue to rise to meet the demands that come with higher temperatures, it’s prudent to implement ways that we can lower our consumption of energy in efficient and cost effective ways. White roofs promote this very type of energy reduction that has several benefits that all residents can enjoy.

Roofing companies are becoming more prepared to install white roofs as more homeowners become aware of the benefits they bring.

The Dangers of Counterfeit Shingles and How to Avoid Them

How to Pick the Right Shingle Colour for Your Roof

Let Us Help You: